Previously we've discussed the main differences between RETS and RESO Web API technology. The shift to RESO Web API is imminent and we are ready for it! Estatik Premium 3.9.7 and higher is RESO Web API compliant. So let's dig into this release and figure out what has changed.

All our Estatik Premium customers get free Setup Service no matter if we need to connect to MLS via RETS or RESO Web API. However if you have several websites and need to do it on your own, there are a few things you should know. The new Estatik RETS & Web API version offers you to select what kind of technology you can use. RESO Web API is quite different than the classic RETS feed. Make sure that your MLS doesn't confuse and provides exactly what we need, namely: Client ID, Client Secret, Token URL, or Access Token. 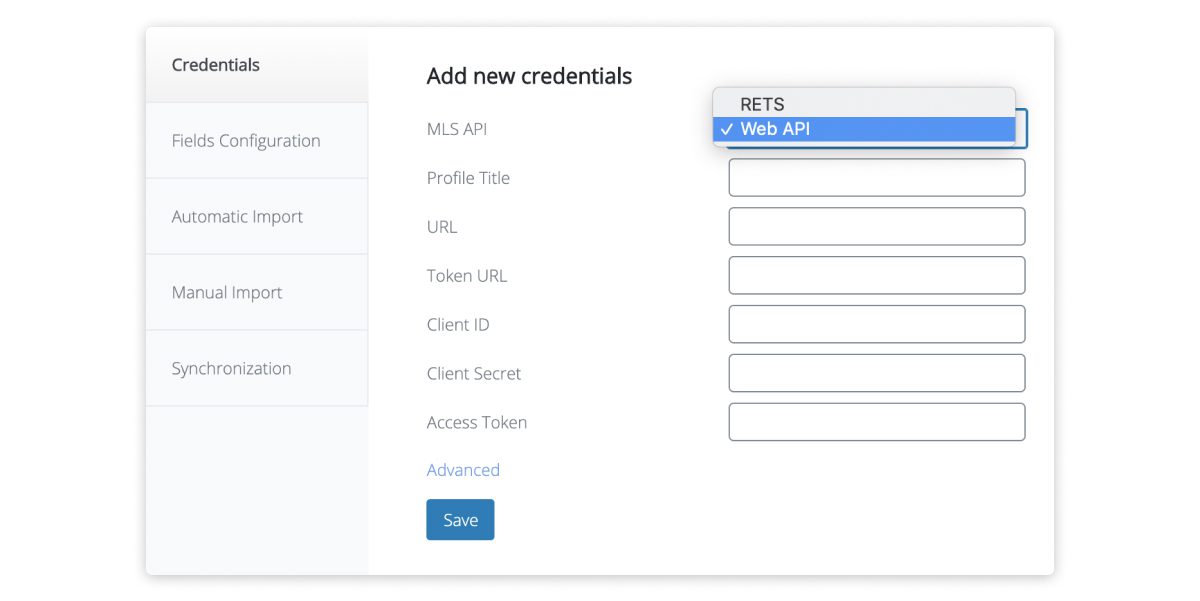 Apart from Web API support, we have also improved our latest Estatik Premium plugin and implemented several fixes from its prior release:

Let us remind you about some other important facts you should keep in mind:

2. RETS is an older standard for real estate industry. More and more MLSs switch to RESO Web API but there are still a few that work via RETS and for us it is ok, Estatik Premium support them as well.

3. Estatik Premium works with both RETS and RESO Web API but it doesn't support MLS providers that work via MLS Grid.

4. RESO Web API is the same organic import not iframe and it requires the same server configuration and capacities.

Our awesome support team is always around should you require any assistance with our plugins or have any questions.

>>>Read the Full Story at Estatik